One of the guiding principles of an electric cooperative is that it is a democratic organization controlled by its members who actively participate. This year, Upper Cumberland Electric Membership Corporation is counting on its eligible members to get out and vote to fill the seats of three board members whose terms are expiring.

Before UCEMC holds the in-person 83rd Annual Meeting of the Members on September 11, voters must fill these three impending vacancies on the Cooperative’s Board of Directors. The board comprises nine members, and each year, at least three seats are up for election on a rotational basis.

Qualifying candidates had a deadline of June 13 to file their petitions with UCEMC’s General Manager, Jennifer Brogdon, or Board secretary Alan Pippin. To keep this process separate from the Board of Directors, UCEMC has a Credentials Committee, which is appointed and acts under the Cooperative’s Bylaws. The Credentials Committee worked independently of the Board and has determined the eligibility of each petitioner to become a qualified candidate. This represents a continuous effort to be transparent and to encourage member participation. See the complete list of candidates at the bottom of this page.

Members may cast their ballots at any of the cooperative’s district offices.

*Due to ongoing construction at the Carthage District One office, members will vote at the UCEMC Corporate office this year.

The Simple Truth About Space Heaters

Hot-Hot-HOT! A Lineman's No-Sweat Tips for Keeping Your Cool

Christmas Truce in " No Man's Land" 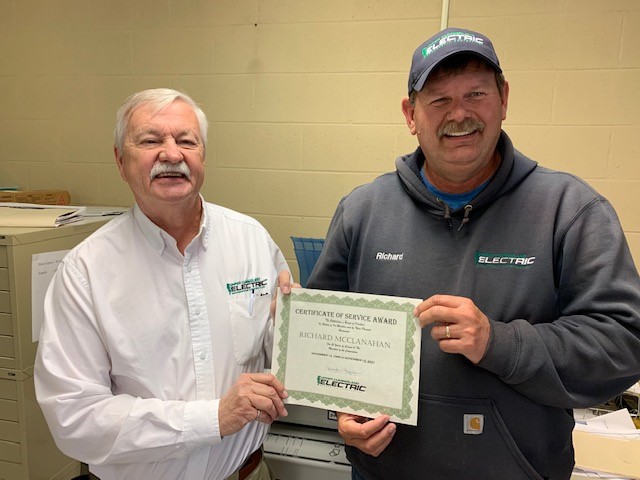 Holiday Magic in Granville
UCEMC News
You're not seeing double. At the Historic Sutton Home, there's a beautifully decorated tree in every room. Granville is celebrating Holiday Magic now through December 31, and it's the place to be for those of us who aren't ready to decorate until aft...
Learn More...
What A Year!
UCEMC News
UCEMC Members have had more than our share of challenges since our last in-person Annual Meeting. While we were still recovering from the deadly 2020 tornado that brutally tested our resolve, early 2021 ushered in a pandemic and an epic ice storm. Fo...
Learn More...

How do you know if your home needs more insulation?

It’s easy to determine where your home may need insulation on a cold, Upper Cumberland night. Walk through your home and pay close attention to the various comfort levels. For instance - is it cooler in the laundry/mud room where the back door is located - as compared to a kitchen or bedroom in the middle of the house? A good rule of thumb is that all heated areas should be separated from un-heated areas with plenty of insulation. Regardless of your home's layout, you can use this rule to determine where insulation should be installed.