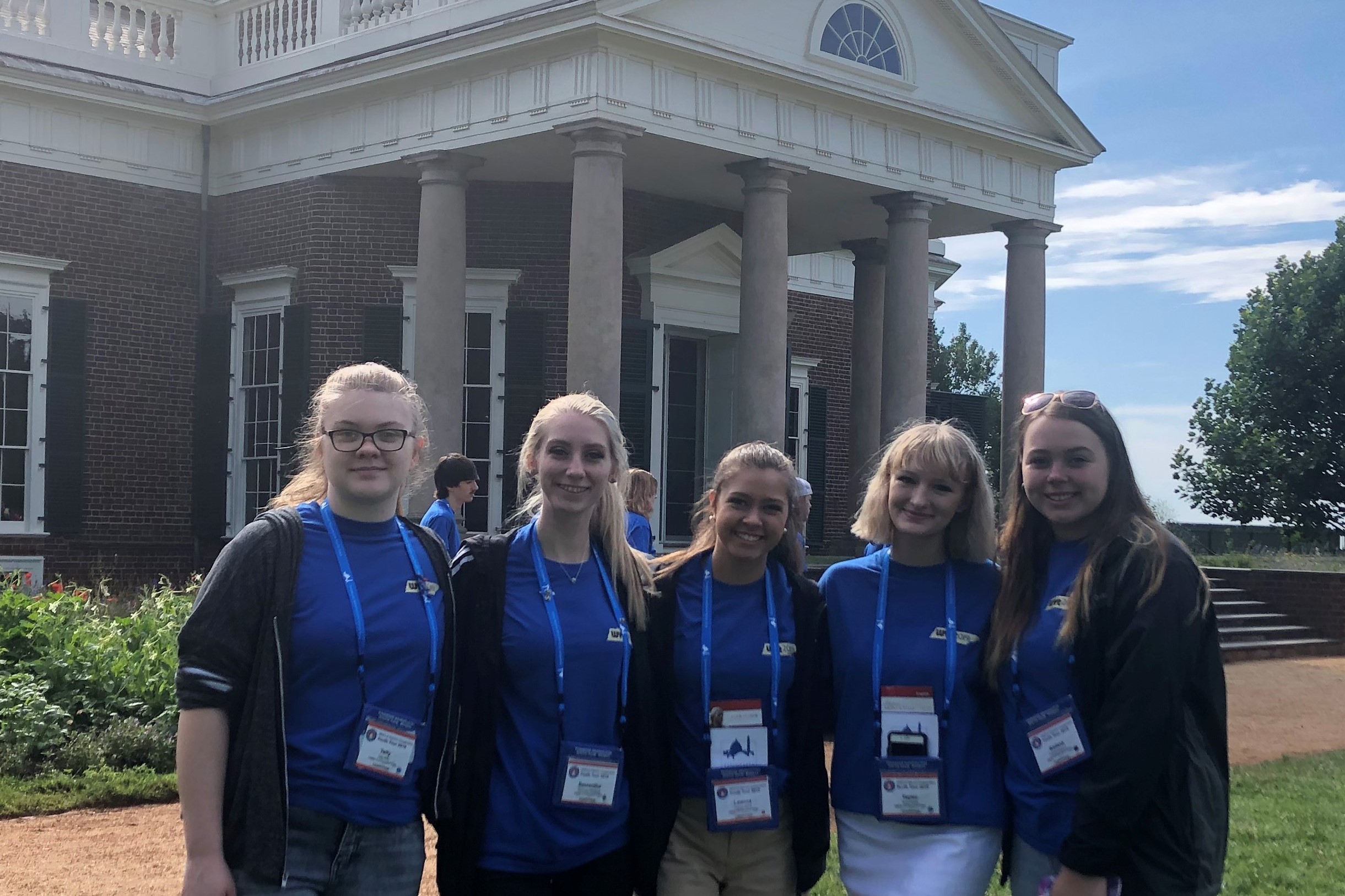 Tennessee's Youth Tour delegates have returned from a week of touring our nation's capital, exhausted but excited to be home to share their many stories and photos with family and friends. The Washington Youth Tour is an annual event sponsored by the Tennessee Electric Cooperative Association and the state's 23 electric co-ops. It provides these young leaders with an opportunity to explore the nation's capital, learn about government and cooperatives, and develop their leadership skills. Students were selected for the trip by writing short stories titled "Electric Cooperatives - Connecting Communities" that explain how co-ops provide communities with much more than electric power.

The 185 Youth Tour delegates saw the White House and memorials to past presidents Thomas Jefferson, Abraham Lincoln, and Franklin D. Roosevelt, as well as monuments honoring the sacrifices of veterans of World War II and the Vietnam and Korean Wars. During visits to the museums of the Smithsonian Institution, the teens saw and experienced natural, historical and artistic treasures. Other stops included a tour of former presidents homes: George Washington's Mount Vernon and Jefferson's Monticello. Students visited Ford's Theatre and cruised down the Potomac River for dinner. The group also paid a solemn and sobering visit to Arlington National Cemetery where the delegates laid a wreath at the Tomb of the Unknowns.

The group was welcomed to the U.S. Capitol by Senators Lamar Alexander and Marsha Blackburn and members of the Tennessee congressional delegation who posed for photos and answered questions.

UCEMC Notice of Directors To Be Elected

Dirt on refrigerator coils reduces efficiency and creates a fire hazard. Check the owner’s manual for information on cleaning your refrigerator.